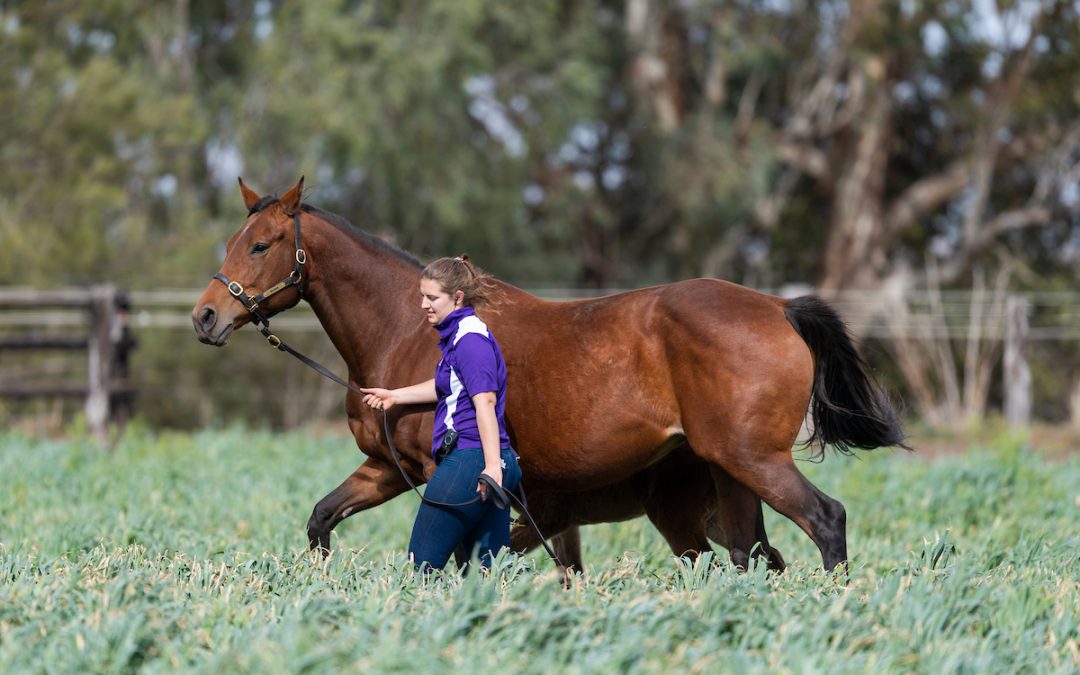 Bhima will play an integral part in the upcoming Australian Broodmare Sale held on the 10 May, with 19 top-class mares catalogued – 12 of which will be offered as part of the major reduction of bloodstock from New Zealand-based Raffles Farm.

“Raffles Farm have been a great client for a long time now – the relationship goes back to when we foaled and raised Group 1 winner First Seal, who they bred and later sold at Karaka as a yearling,” commented Mike Fleming.

“They have acquired a lot of quality bloodstock over the years and their history of breeding, rearing and racing has armed them with a very good reputation in the sales ring and on the racetrack.

“It’s clear to see that a lot of thought has gone into the mating’s of these mares and no doubt there will be some future champions as a result.”

Spectacular Vision (Mastercraftsman {IRE}), from the family of Champion New Zealand fillies Katie Lee and Banchee, and El Sagrado (Azamour {IRE}) are both stakes performers carrying covers by proven Group 1 producer Written Tycoon, while the last start stakes performer Tears of An Angel (Echoes of Heaven), who is located in New Zealand, will be offered as a breeding proposition.

Snow Spell (Daylami) boasts a powerful pedigree being a half-sister to the dam of Champion 2YO in Australia, and now Australian Champion First and Second Season Sire, Pierro. The winning mare has been covered by commercial stallions Lonhro, So You Think and Snitzel, and is currently in foal to All Too Hard.

Raffles Farm’s well-related broodmare line-up also includes covers to the likes of Deep Field whose yearlings sold for up to $800,000 in 2020, Group 1-winning 2-year-old and 3-year-old Press Statement, and Jukebox who will have his first yearlings sell in the 2020-2021 season.

The remainder of the Bhima draft provides opportunity to get a head start with progeny by the new stallions in the ranks.

Kermadec and Super One’s first crop of foals hit the racetrack this season, and both have sired winners from limited runners. Lady Koocachoo (Stratum), from the family of the great Redoute’s Choice, and winning Al Maher mare Sidrah are in foal to Super One, while Dinicanbern (Bernardini {USA}), from the family of I Am Invincible, is in foal to Kermadec.

Flying Artie and Divine Prophet had their first crop of yearlings sell in 2020 for up to $200,000 and $375,000 respectively. Stakes performer and winning producer Exceedingly Regal (Exceed and Excel) is in foal to Flying Artie, while Maine (Americain {USA}), from the family of European Champion Solow, is in foal to Divine Prophet.

Stakes performer and winning producer Star Salute (General Nediym) is in foal to Russian Revolution who will have his first yearlings sell in 2021, while Esseftoo (Al Maher) who hails from the family of Champion Sprinter Samaready is in foal to Santos who stood his first season at stud last year.

Bhima will also send Royal Fashion (Snitzel), a Group 3 runner up out of a winning Zabeel mare, to the Chairman’s Sale on the 8 May. The half-sister to two stakes winners is in foal to Triple Crown winner and Champion First Season Sire in the US, American Pharoah.